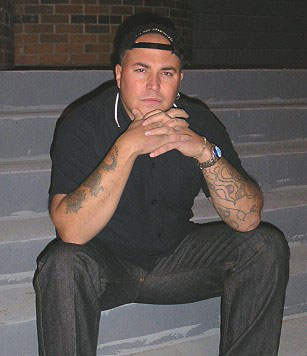 It is with deep sadness that we bring you the terrible news of the passing of Daniel Stewart MacMaster.

Daniel was pronounced dead last night as he lost his battle with complications from Pneumonia. Daniel suffered from Streptococcus Group A Infection that entered his blood stream. Usually people just get the non fatal Streptococcus Throat with this bug but it attacked Daniel at his weakest and his organs started to shut down. The doctors tried everything while Daniel was in hospital, but unfortunately it was too late.

We are all still in a state of shock. Daniel would have turned 40 on July 11th this year.

From personal experience, with all Daniel’s Success, Fame and Talent in his short life, he was one of the most humble and easiest going guys I’ve met while working for Suncity Records. Daniel’s loss will be felt by the thousands of fans that he has entertained over the years with his extraordinary musical talent and he’s much loved voice. Our condolences go out to Daniel’s close friends, his family, especially his 2 little kids Kaleb and Aryanna and his loving wife Tina.

Stunning news overnight with the untimely death of former Bonham singer Daniel McMaster. Daniel sang on the two great Bonham albums The Disregard Of Timekeeping and Mad Hatter and most recently had released a solo album via Suncity Records Australia – Rock Bonham And The Long Way Back.

Daniel’s website states: “It is with heavy hearts that we announce the passing of Daniel MacMaster He will be forever missed.”
One of Daniel’s musical partners Jimmy D has also commented at: http://www.myspace.com/emeraldmonkey and www.myspace.com/monkeymacmaster.

Dan’s wife Tina has been in contact with Suncity, who have posted a statement on their website – www.suncityrecords.com. It seems Dan had pneumonia and then he got a Strep Group A infection that entered his blood stream, which in turn caused his organs to shut down. Doctors tried everything, but the infection took hold so quickly there was nothing left to do. Dan was only 39.

Daniel was one hell of a singer and is another big loss for this musical community. Like so many others, he should have been better known, but for those of us who did appreciate his talents and his huge voice – this is a very sad day. R.I.P. Daniel.

Another person taken way before it was time. My own memory of Daniel MacMaster is just of the solid vocals he did on the first two Bonham albums. THE DISREGARD OF TIMEKEEPING (1989) got a ton of airplay here in RI with the single ‘Wait For You’ and I bought MAD HATTER (1992) when it was released. That first Bonham album takes me back to my senior year in high school…..good times and good memories.

Thanks to Daniel for being part of the soundtrack in my life. Rest In Peace…..