It’s hard to believe that the last CD Scavenger Hunt was way back at the end of April but that doesn’t mean that I haven’t been out on CD safaris! I have been visiting the local shops but money has been tight (for everyone I think!) so I have only been picking up the major releases and a couple of used ones along the way.

I re-read all the Scavenger Hunts from this year over the weekend and I found two glaring omissions: 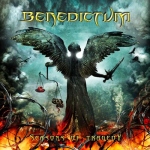 Benedictum – Seasons Of Tragedy (2008) – $13: I picked this up back in March when it received it’s U.S. release. The album was released everywhere else in late January ’08 but I wasn’t paying import prices for a Rainbow cover that’s the bonus on the European release. I became a fan of the band when I heard UNCREATION (2006) so I agonized over a month & a half wait, LOL!

Anvil – This Is Thirteen (2007) – $20: I picked this up back in March as well thru CD Inzane. The band are selling the album themselves thru their website but at a price of $25 (includes S&H), I found CD Inzane to have the best price with shipping and I was impressed by the quick delivery. My version is the limited edition version that the band is selling as they currently are without a label.

So now we’ve caught up on the really late CDs, lets move on to the rest that I’ve bought since the end of April….. 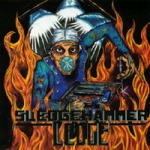 Sledgehammer Ledge – s/t (1992) – $20: I found out about Sledgehammer Ledge about a year ago when I found this album on CD Baby. I liked the samples so I added it to my wishlist and that was that. A couple of months ago, I decided to update my wishlist at CD Baby and I saw that this CD was out of print so I started checking Ebay. Turns out that this disc was going for $20-$30 at auction so I waited to see if CD Baby would restock. I finally got fed up and used BUY IT NOW to buy the album for $15 plus the $5 for shipping.

Dokken – Lightning Strikes Again (2008) – $13: Another case of the European edition being available before the U.S. release…..I ordered the Euro edition from an online shop I usually frequent but there was a stocking problem so i cancelled my order. With shipping, the total cost was going to be $20 but there was a bonus track called ‘Sunset Superstar’. I decided to wait the extra month and saved the seven dollars but it would have been nice to have had the Euro edition right away. 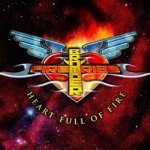 Brother Firetribe – Heart Full Of Fire (2008) – $10: I’ve been wanting to check out Brother Firetribe since 2006 when I read many positive reviews on their album FALSE METAL. I’ve never heard much fron the band except for a few samples and some songs at their MySpace page but I couldn’t pass up the sale price and I grabbed my copy when I picked up the new Dokken.

White Lion – Return Of The Pride (2008) – $13: I’m a sucker for ’80s Hard Rock bands that were big on MTV and White Lion is no exception. My high school years were filled with songs like ‘When the Children Cry’ and ‘Wait’ so I have a soft spot when it comes to White Lion. I waited to buy this album because I read mixed reviews but I found this a few weeks after it’s initial release with a sale sticker attached! It rang up $17 but the sale sticker got me $4 off! I still haven’t listened to it…..

Royal Hunt – Paradox II: Collision Course (2008) – $10: Another album that has been out in Europe and Japan since late 2007/early 2008 and didn’t get a U.S. release until the end of May! I wish these albums could get released in all the territories around the same time! I couldn’t pass up the sale price and I’ve been a Royal Hunt fan since 1997 so I’m very interested in how new frontman Mark Boals (ex-Yngwie Malmsteen) sounds.

Journey – Revelation (2008) – $11.88: If you’ve read the site before then you know I like me some good ol’ American AOR whether it’s Foreigner, REO Speedwagon, Sammy Hagar, or Journey. I’ve always liked Journey since I was a kid and I have very vivid memories of the radio and TV ads for the Providence tour stop on the FRONTIERS tour with the big emphasis on the band’s name (JOURNEY!!!) and a montage of their hits. Anyway, the new album is a 3 disc set available exclusively thru Wal-Mart with the debut of new singer Arnel Pineda on the new album, a CD of re-recorded hits with Arnel, and a live DVD from Las Vegas 2008. That’s major value for such a low price!