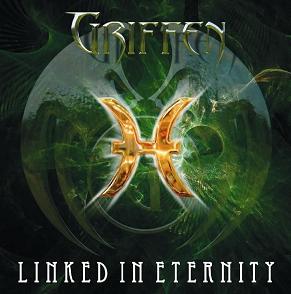 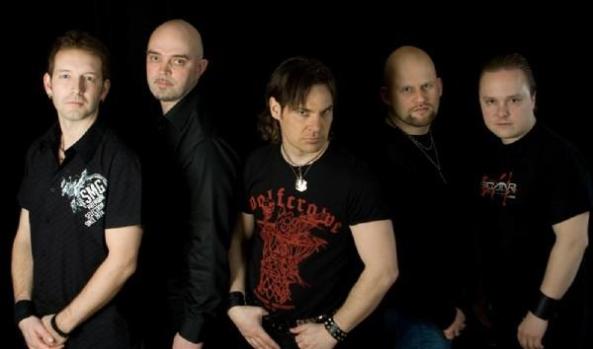 Up until about a month ago, I had never heard of Griffen. The band was kind enough to contact me and send me a copy of LINKED IN ETERNITY for review. I did a little research and found that Griffen is from Sweden and has two current members of Torch among their ranks (Peltonin &  Huotari)! I have had a fascination with Torch for a long time so my interest got sparked big time. Turns out that this is Griffen’s second promo demo (the first was in 2007) and it is one of the most professionally done demos I’ve heard in the last couple of years.

The music is basically a blend of melodic Hard Rock and traditional Heavy Metal that really has it’s roots in the ’80s…..it’s all straight forward Metal with strong vocals, a great twin axe attack, and a powerful rhythm section. The guitars really form a solid groove on every track without being overbearing. It’s not about overplaying and fitting in as many notes as possible, it’s about attitude. The blend of heaviness and melody cannot be overstated, this is the basis of good old fashioned Metal. Yes, the songs’ roots sound like they’re from the ’80s but it’s far from “dated”, the production is top notch and the mix crystal clear. The music is excellent but Söderberg’s vocals are particularly impressive, he can move from low/mid-range to hitting all the highs while maintaining a melodic presence. It seems very easy for Söderberg to move between straight up Hard Rock to the heavier Metal songs, I would take a close listen to both ‘The Hydra’ and ‘Life Is On The Way’ as perfect examples.

Bottom Line:
For a second demo, everything is crystal clear and evenly mixed, very professional work. Every song has solid musicianship and vocals but the key is that they songs themselves were well-written and stayed true to the attitude and style of the band. I’m very surprised that a European label has not snapped these guys up yet for a full-length album, there is some major talent here and Griffen would do well in today’s crowded Metal scene. Frontiers would be a solid fit, maybe even Nightmare Records in the U.S., whoever signs Griffen will end up with a solid, well-tuned band. I’m hoping to acquire the band’s first demo CD as well so keep your eyes here for more news on Griffen in the future, I’m sure we will be hearing good things from them.

Favorite songs: all of them