It’s been a couple of months since I posted my last Hunt and there’s been a few good reasons:

1. Money is being spent wisely — I don’t think I have to tell anyone, especially here in the U.S., how bad the state of the economy is. Electricity has gone up, gas is still over $3.50/gallon, Heating Oil is $4.20/gallon this season, and food has gone up. A sign of the times! The extra money I usually spend on music has been saved.

2. End of Summer slowdown — The labels like to save some key releases for the last third of the year and some heavyweights are releasing albums in the next couple months: Metallica, AC/DC, Iced Earth, Metal Church, Tesla and many more. July and August are usually slow with bands out on tour for the summer season and the promotion teams gearing up for the Fall releases.

3. I’m way behind! — I never thought that a simple blog about my Heavy Metal & Hard Rock collection would connect me with so many bands, PR people, and record labels. Everyday brings a new CD submitted for review and I have a good 50 albums or so sitting in a pile waiting for more spins. I need to catch up!

So here’s what I managed to buy in the last couple of months:

Alice Cooper – Along Came A Spider (2008) – $9.99: I bought this the day it came out for a nice sale price. Unfortunately, I haven’t really given this record all that much attention. I’ve listened a few times but that’s about it, this is in my pile for extra consumption this week and I just uploaded it to my MP3 player so I can listen at work.

Mad Margritt – Cold Sweat (1997) – $25: This album has been on my want list for a long time but the price usually goes through the roof on Ebay. I was browsing on Ebay a couple of weeks ago and I typed in the band name but misspelled the word “Margritt”, I left off the 2nd “T”. Good thing I did because I was able to win this CD for $20 & $5 shipping with no competition. There was another copy from another seller up for sale at the same time but the band name was spelled correctly in the listing title, everyone was after that one and the bids rose. This takes COLD SWEAT off the WANTED! list.

Kerrang! – Maiden Heaven (A Tribute To Iron Maiden) (2008) – $7: I haven’t bought an issue of Kerrang! in years, I usually thumb through it in the bookstore. When the tribute CD was announced, I figured that I would drive the 20 minutes to the Barnes & Noble and actually buy it…..but I got lazy. True Rhode Islanders believe that anything more than a 15 minute drive is too far and, in true native fashion, I couldn’t have been bothered. I ordered online and the issue showed up a month later with the CD.

My birthday was August 16th and I decided to have a low key day. My kids are usually good for taking mom to the local record shop for a gift card but they decided that Dad should get himself a new tour shirt from the Metal Masters show instead. A mysterious package was delivered that day from my estranged father in Texas. The package contained 3 CDs: the new Motley Crue, the new Disturbed, and the new Miley Cyrus! I gave the new Miley to my 5 yr old daughter (my 10 yr old daughter has it already), I already own the new Crue and I hate Disturbed. All the discs were sealed so I walked into the local shop and returned them for a $30 credit! 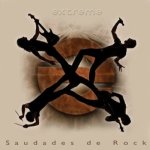 Extreme – Saudades De Rock (2008) – $9.99: Always loved Extreme, especially their debut album. I saw their reunion show in Boston back in June 2006 and I have been patiently waiting for some new material. I’ve read some really good reviews about this album so this was a no-brainer…..I still haven’t taken off the shrinkwrap!

Motorhead – Bomber (Deluxe Expanded Edition) (2005) – $19.99: This was the last 2 CD deluxe edition I needed of the Motorhead studio albums. I should have bought it right away a few years ago when it came out and was on sale but I didn’t and I’ve been staring at the same copy with the same $20 price tag for close to 3 years! I could have passed again but I wanted to complete my set.

6 comments on “CD Scavenger Hunt – 2 Months To Catch Up!”