Good news for all fans of British rock legends UFO: their brand-new studio album, THE VISITOR, is due out before the end of spring. 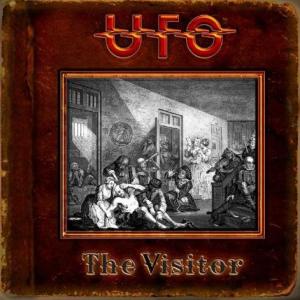 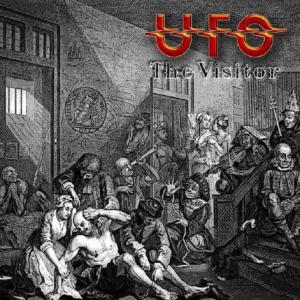 The arrival of the album has been set for late May/early June, tour dates will be announced soon.

UFO composed more than 35 new tracks in the run-up to the recordings, 13 of which were short-listed and produced at the studio. 11 of these songs are expected to make it onto the regular album, the other two are scheduled to become bonus tracks for a limited edition digipak.

The current line-up continues to consist of the three original members, Phil Mogg (vocals), Paul Raymond (guitar, keyboards), and Andy Parker (drums), as well as American world-class guitarist Vinnie Moore. Bass legend and original member Pete Way is currently suffering from a liver disease and was unfortunately not available for the studio production.

“All those who have been into UFO for a long time will find all our characteristic trademarks on The Visitor, and anybody new to the band will be impressed by our enthusiasm and dynamism,” frontman Phil Mogg enthuses on the subject of the new songs.

THE VISITOR sees the band benefiting especially from their collaboration with Vinnie Moore, who joined UFO in autumn 2003 and has made an excellent impression on the albums, YOU ARE HERE (2004) and THE MONKEY PUZZLE (2006), and on the band’s tours.

Mogg: “Without running down previous UFO lineups – it’s been a long time since we had a team as strong as this one. Vinnie contributes his youthful energy and amazing guitar technique, and in Andy’s return we’ve seen the reappearance of a musician who has always been very important to the band’s original sound.”

Naturally the band will embark on a major world tour this year. Concert dates will be announced soon, and appearances at the Rock Hard festival at the end of May and the Wacken Open Air at the beginning of August 2009 in Germany have been confirmed.

Release Dates for THE VISITOR on Steamhammer / SPV:

Big news here as UFO is one of my all-time favorite bands! The band has put out some great albums since they came back in 1995 so I’ll bet that THE VISITOR will be a great record and follow along the lines of the last two studio album with Vinnie Moore. I can’t wait!