Megadeth – Th1rt3en (2011) – $12: Another new Megadeth record! That alone is enough to get my lazy butt in the car and drive 10 minutes to the record store! The last few Megadeth records have been really great, on par with the classic albums from the band’s beginning. Aside from RISK (1999), have there really been any bad Megadeth albums? TH1RT3EN marks the band’s 13th studio album and the first album since 2001’s THE WORLD NEEDS A HERO that founding bassist Dave Ellefson plays on. I’ve been catching a lot of Megadeth lately either on TV or radio so all the signs have been pointing to this new record, hopefully I will be able to catch them on tour. The new single ‘Public Enemy #1’ is a solid song and cool to hear on the radio…..at least it’s been played here in the New England area. Of course, the sale price had a lot to do with my picking up the CD right away, regular price would have been $17 so saving $5 is a good thing. 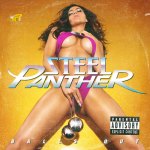 Steel Panther – Balls Out (2011) – $10: Based on the old school record cover…..a must purchase! I have to give Steel Panther credit, they don’t stray from their over the top concept and they’ve made a decent career after it whether it’s been as Danger Kitty (Discover Card commercial), Metal Shop or Metal Skool. Similar to Fozzy at the beginning I guess. I didn’t really get into their first CD, FEEL THE STEEL (2009), but I intend to give that album and BALLS OUT a fresh listen. Back to the cover…..I love the torn price tag in the top left corner: “used records….$1.69” and the ring wear as if this was an actual used vinyl jacket. Oh yeah, there’s a chick on the cover too! If I saw this cover back when I was 13 I would have had to hide the record from my mom! Regular price was $15 and this album had come out a couple weeks before Megadeth so I was fortunate to find a copy with the sale price, saved $5.

Heavy Metal Parking Lot (20th Anniversary DVD) (2005) – $10 used: A must have for any Metal fan who spent time in an arena parking lot before a concert back in the ’80s! I remember seeing Heavy Metal Parking Lot back in the day on cable access and featured on MTV News but I re-discovered it online back in 1998 and I’ve been trying to get my own copy ever since. I’ve had this on the list a while and it’s available at Amazon, the film’s website and various independent retailers but I never got around to buying it because it’s so readily available at online video sites. This DVD wasn’t in the racks the previous couple of times I’d been to the store so seeing it there this time around was a complete surprise! Online prices with shipping are around $20 so buying this pristine used copy for half price saved a cool $10. 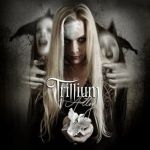 Trillium – Alloy (2011) – $14: Trillium is Amanda Somerville’s (Somerville/Kiske, solo, Avantasia, etc) new Metal project but she’s really been a fixture on the Hard Rock and Heavy Metal scene for years because of her extensive vocal work (lead and background) on many albums from Epica, After Forever, Kamelot, Aina, Edguy and Mob Rules. When I read she was releasing the Trillium album on Frontiers Records I knew I was buying it because the Kiske/Somerville album (with former Helloween vocalist Michael Kiske) was one of the best albums of 2010. The only problem was that the Trillium record going to be hard to find at the local shop and it would be at an import price. Sure enough, there was only one copy in the racks and the sale price was an expensive $14 (regular was $17!) but I didn’t want to order it online and pay the extra money for shipping. Finding this CD in the racks on sale saved $3 but it probably saved a few more dollars compared to ordering online.