It never fails…..every year goes by and there are always a ton of albums I end up missing. There are so many new albums released every year that it’s almost impossible to keep up. Usually I spend the first two months of the new year acquiring all the albums I didn’t buy the previous year before all the new releases start to flood the market. 2010 was no exception as I missed more than a few notable Hard Rock and Heavy Metal albums. The following is a list of albums I missed in 2010 that I picked up in 2011…..some of the albums I just didn’t buy until 2011, some I bought but never got around to listening to and some I just forgot about! As many of you collectors know, if you acquire a lot of albums, they tend to pile up, and my pile kept growing! The more the pile grows, the more albums get pushed to the bottom of the pile. With all the submissions coming in and all the albums out there to buy, things can get lost in the shuffle quick. The following list of albums are CDs that were either in a pile on my desk waiting to be listened to but I never had the opportunity to listen to or albums I picked up at some point in 2011.

Airbourne – No Guts, No Glory (Special Edition) (2010): I was a huge supporter of Airbourne when Runnin’ Wild came out in 2007 and I thought they were a breath of fresh air playing simple barroom boogie Hard Rock like their countrymen AC/DC. Airbourne impressed and I looked forward to a follow-up. When NO GUTS, NO GLORY was released I had every intention of buying it but then I found out there were multiple versions: the regular 13 song CD, the Japanese pressing with 4 bonus tracks, this special edition with 5 bonus tracks and another pressing that included the 18 song special edition and a bonus live DVD. Overwhelmed with the choices, and the various prices, I waited until I found the special edition with all the bonus tracks (no DVD) at a decent price. By the time I ordered it on Ebay and it was delivered it was already July, close to 5 months after it’s release, and my pile of 2010 albums was already large. 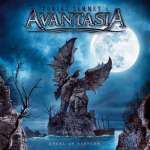 Avantasia – The Wicked Symphony (2010) and Angel Of Babylon (2010): Just like the Airbourne album, I had to shop around to get these two albums. Both of these new Avantasia records were released in Europe before the U.S. so I had the choice of buying each CD separately as an import, buy the special edition that had both albums in digipaks with an expanded booklet for a lower price or wait for the inevitable U.S. release. I opted for the special edition on Ebay and spent about the same money I would have if I’d waited for the U.S. releases. WICKED and ANGEL are parts 2 and 3 of The Wicked Trilogy (part 1 is 2007’s THE SCARECROW, my favorite album of 2008) and I wanted to hear these so bad but by the time I bought these in May 2010 and they got into the pile, they ended up getting lost in the shuffle. These two albums are so good I have no reservations that they would have made my 2010 Year End Awards had I gotten around to listen to them.

Dream Evil – In The Night (2010): I’ve been a fan of Dream Evil since DRAGONSLAYER (2002) so this new record was on my radar when it was announced in early 2010. Here’s another case of my collector’s disease running wild because I wouldn’t settle for the regular CD version in the record store, I needed the limited edition digibook with the two bonus tracks and patch. That meant searching online, ordering on ebay, waiting for it to arrive and slotting it in my “neatly” ordered pile on my desk. I did get to listen to the album here and there but I didn’t give it enough proper spins to actually come to any conclusion about it’s merits. Of course, I took the time to give it a fair listen this year but too late to qualify for any of 2010’s awards. 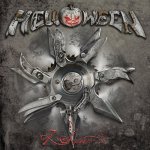 Helloween – 7 Sinners (2010): Talk about missing a major album! I’ve listened to 7 SINNERS this past year and I’m kicking myself for not giving it proper time in 2010 because this would have easily made my 2010 Year End Awards! The problem here was that I was lucky enough to receive a promotional copy from the record label/PR people but that’s a completely separate pile. With all the CDs coming in from bands, labels and PR firms, not to mention the daily emails with promotional downloads…..I got overwhelmed by the sheer volume of music at my fingertips. Helloween has always been one of my favorite bands, and I have really enjoyed their last few albums, but they got lost in the shuffle of promos and it was definitely my loss last year. 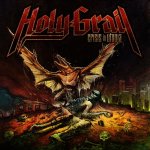 Holy Grail – Crisis In Utopia (2010): I picked this up at the beginning of the year when I was burning all of my Xmas gift cards but this ended up getting lost in the shuffle with all the 2011 releases coming out early and often. I did spin this for awhile this past year and it’s a really good Power Metal record from another solid new band…..the lineage here is that Holy Grail is an off-shoot of White Wizzard (one of my favorite new bands) s0 this was going to get more interest albeit late interest. I’m not sure if this would have made any of my year end lists but it was definitely a solid album and I’m looking forward to hearing more from Holy Grail in the future.

Issa – Sign Of Angels (2010): I ended up accidently deleting the digital promo I received from Frontiers Records after one spin but that was enough to put Issa on the want list. I ended up waiting to buy SIGN OF ANGELS because of the high import price at the local record shop, buying online would have cost more with shipping. Plus I had the digital promo but once it deleted, I had to have it. Really solid Hard Rock with a Pop sensibility, the songs are melodic and catchy and Issa has a great voice with looks to match! Compared to other bands on this list, this album is almost a little out of place but it was a really good break from the harder side of Metal. Actually, if this album was released 20 years ago, it would have easily charted and sold…..definitely an album I should have explored more when it first came out.

Lillian Axe – Deep Red Shadows (2010): I have no idea what my problem is with new albums from Lillian Axe but I buy them and I never get around to them! The same thing happened with the last two Lillian Axe releases…..I buy them immeadiately, give them an initial play and they get put in the pile only to be lost for months. DEEP RED SHADOWS was another casualty of the ever growing pile of CDs on my desk and I actually feel kind of bad about it because I’ve listened to more classic Lillian Axe than I have the new stuff and the new stuff is really great! There’s another new album coming in 2012 and I swear that this time I’m not going to make this band a pile casualty. 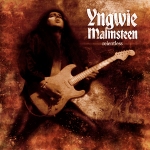 Yngwie Malmsteen – Relentless (2010): RELENTLESS is the second Yngwie album in a row that was released late in the year and ended up getting no airplay until the new year. Is there a reason why Yngwie has to do this to me? The same thing happened when PERPETUAL FLAME came out late in 2008 and I totally missed it! RELENTLESS is the second album in a row where Tim ‘Ripper’ Owens offers his talented pipes to Yngwie’s guitar arsenal and it’s another great match, one I hope Yngwie keeps for more new records. I was able to listen to this over the course of this year and it’s one of the better Malmsteen albums of recent years, definitely a record that would have made some noise on my 2010 lists.

Y&T – Facemelter (2010): Another pile casualty! I picked up FACEMELTER a few weeks after it came out because the prices online were too steep for this Frontiers release and my local record store didn’t have it stoced. I found it in stock at another store about an hour from my home and I decided I couldn’t pass it up when i found it. I gave the album one listen and piled it. I have to get a lot more spins in because Y&T is scheduled to play a show in Rhode Island in early March 2012 and I want to know some of the new tunes to go along with all those Y&T classics!