You have got to be kidding me! Over a grand for an album that you can find in any record store in the U.S. either new or used? If you’re in the market to buy this CD, then $5 used is plenty and no more than $10 brand new. The trend lately is to buy sealed longboxes and keep them sealed so they go up in price, on the same idea of action figures and toys. The problem is that millions of copies of VIVID were sold and there are thousands of used copies all over the place. With so many “mom & pop” record stores closing there doors, old inventory like CDs in longboxes are becoming more common…..the old record store in my hometown has 5 sealed longboxes of Lita Ford’s DANGEROUS CURVES for $15 each, maybe I should invest?

This Laurence Archer CD is like a default Ebay Madness item, I think I’ve done more Ebay Madness columns with this CD than any other! It’s popular among collectors and very rare and now there is an Italian bootleg out there so buyer beware! I have bought from this seller in the past so I can attest to the quality of the auctions and CDs I’ve received. Hinomoto1 is one of the best sellers on Ebay for Japanese issue CDs.

Old school Thrash from ’88 released in Japan only. I’ve seen this disc go for big bucks before and it’s definitely a rarity. You gotta love that album cover, especially in today’s context! If anyone is interested, check Ebay for a current auction that starts at $200! 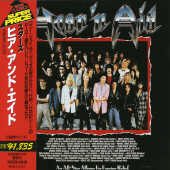 I have this exact disc and I bought it for $20 in ’96! This was issued on CD in Japan in 1994 and it hasn’t been released on CD in the U.S. at all to my knowledge. I had this on cassette when it first came out, I remember how cool I thought it was that the Metal guys were doing a USA For Africa thing. I give the seller credit for getting so much but I noticed that the winning bidder has zero feedback and is new to Ebay…..always a question mark in my eyes but the seller is legit, I’ve bought from ufo-msg in the past. 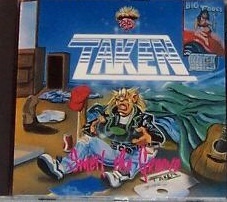 This Philadelphia band’s independently released CD went like hotcakes in the 5 days! This listing ended on 7/11/08, right in between the two up above. Turns out this one was the best price by five bucks!