Finally! Once I post this update for June then I’m all caught up! June was a good month with a ton of new releases so I spent some extra dollars….. 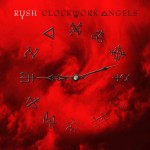 My first trip of the month to Newbury Comics was pretty uneventful. I went in to pick up the new albums by Rush, Kreator and L.A. Guns but the store never got in the new L.A. Guns. Why? Because they were moving locations and their shipments were minimal. I got the Rush and Kreator albums no problem, and I was willing to wait until the next shipment for the new L.A. Guns rather than go to another store, so I started to browse. With the staff boxing up inventory, some of the selection was a little thin but I did manage to find the deluxe version of the new Meshuggah album, KOLOSS, for a sale price of $12. The other couple of copies were regular price around $18 so I decided to grab this while I could still get it a little cheaper. 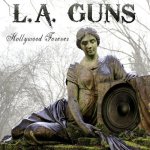 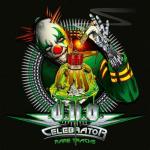 My second trip into the North Attleboro Newbury Comics came as the store started their moving sale — “Everything 20% off”. I immeadiately hit the new release rack for the new L.A. Guns (finally in stock!), the new Lita Ford (I hope it’s better than her last album!) and the new U.D.O. double disc package with all the unreleased/bonus/special material. I had great sale prices of $12, $13 and $12 respectively but knowing an additional 20% off was coming at checkout I knew I could buy more! I read about the new Malice album but never wrote down the release date so I was surprised to see it in the rack, unfortunately it was $19 regular price. A new album on Frontiers Records with a bonus DVD is always going to cost a little more but the 20% discount made it a little more manageable price wise. I calculated that I was going to save about $10 with the extra discount so that meant I could buy another new CD! I decided to buy the Mantas album because it is Chuck Schuldiner’s pre-Death band and I wanted to hear these demo recordings. I’m starting to get into more extreme forms of Metal and I like Death so I figured the extra savings made this CD free in theory.

Last trip into the old store before they closed the door and the inventory was all but gone. Everything was still an additional 20% off so it was still worth the trip especially since I had been watching the Venom CD and a Superjoint Ritual CD for a while. Unfortunately the Superjoint Ritual album was gone (it was only $4) but I was able to pick up the Venom CD new and two used discs from Brand New Sin and Eidolon. The prices were a cheap $6, $2 and $4 respectively so I was spending under the regular price of a normal CD as it was but getting another 20% off on top was icing on the cake. 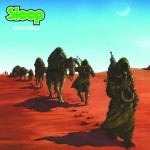 Well, the new Newbury Comics store opened in the Emerald Square Mall about a half mile down the road from the original location and they opened a day early. I checked the North Attleboro store’s Facebook page and saw they were open so I went down with the family to check it out. It’s a little smaller than the old store but it’s in a great location in the mall and there seemed to be a ton of foot traffic so maybe this store won’t go the way of other independent chains! I had to make an inaugural purchase so I decided on the DOPESMOKER reissue because it was cheap. I’ve heard the edited version of ‘Dopesmoker’ (titled ‘Jerusalem’) only once but the original 63 minute song continues to be a benchmark of Stoner/Doom Metal. The full album is one song, recorded in 1996, and released four different times without band authorization…..the 1999 release was re-titled JERUSALEM with an alternate cover and an edited song losing about 10 minutes. This new reissue is fully authorized by the band and I’ll bet that the other versions price and collectibility goes down. 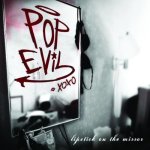 I caught Pop Evil a few years ago opening for Judas Priest so I’ve always had the band name in my head but I never got around to buying any of their albums. My family and I went to Newport for the day and we took a walk through the Brick Marketplace and I had to make my way to the long time Newport record store Music Box. There’s never anything exciting in there because I either own it already or it’s your basic run of the mill inventory but, one thing I’ve learned over the years, there’s always a treasure somewhere and sometime! This time I checked the cut-out/used bin at the very back of the store and found this Pop Evil CD for less than $3. It’s a promotional CD but it’s intact. I compared it to a regularly priced copy that was $15 and it looks exactly the same.

I went into my usual record store looking for the new Saxon limited edition set with the DVD and double CD but they didn’t have it in stock with no idea when they would have it. They did have the regular double CD but I wanted the DVD. As soon as I got home, I went to Amazon and started filling my cart: Saxon for just over $18 and I added the new Great White and Kill Devil Hill albums for $10 each. Both great White and Kill Devil Hill were priced at $17 regular price at the record store so I saved $7 each buying them with Saxon…..unfortunately, the record store stocked the Saxon limited edition a few days later at a $15 sale price but I spent an extra $3 to save an extra $14!