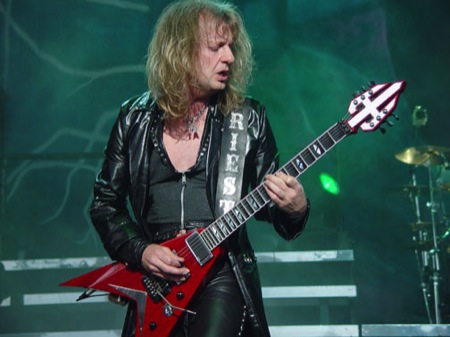 British metal gods JUDAS PRIEST have announced that original guitarist K.K. Downing has formally retired from the band and will therefore not be joining them on their forthcoming Epitaph Tour. The band respect his decision and naturally all wish him well. Having thought long and hard about how to proceed, singer Rob Halford, guitarist Glenn Tipton, bassist Ian Hill and drummer Scott Travis unanimously agreed that they should go ahead with the tour and not let fans around the world down.

Fate also stepped in and delivered the perfect replacement – 31 year-old British guitar player Richie Faulkner (DIRTY DEEDS, VOODOO SIX, LAUREN HARRIS) – he has blended into the band perfectly and is a great talent who is going to set the stage on fire, according to a press release. 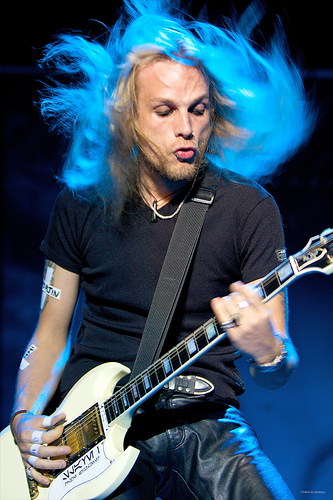 The Epitaph Tour will include songs from every Judas Priest studio album and also tracks that they have never before performed on stage plus all the old favourites. With a new album due to be released next year, the ‘metal gods’ are preparing to tour the planet once more. Heavy Metal at it’s best complete with lasers, lights, bikes and hellfire! It’s a show not too be missed!