I was doing so well this month posting albums reviews and catching up on my listening…..then Ronnie James Dio passed away and I’ve been a little “off”. Not sure what the deal is but when RJD passed away, I didn’t really feel like listening to music all that much. I still bought things though so I figure today is a good day to update what I’ve acquired….. 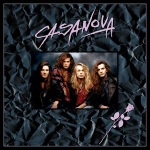 Casanova – s/t (1990/2010 reissue) – $14: I’ve had my eye on this reissue since Divebomb Records sent me the press release. I was hoping to get an advance copy but it never came so I started trolling online shops and Ebay. Found this sealed copy starting at 1 cent but it quickly moved over $10. One of the key selling points was the free shipping, the other was that the seller was actually an online store I order from often. Good reissue here…..the original 1990 debut casanova album and 5 bonus tracks. Saved $6 with free shipping and decent price.

Masterplan – Time To Be King (2010) – $23: I paid a little extra for this with BUY IT NOW but the shipping was free and it was the same seller as the Casanova CD. The selling point here was the limited edition European digipak pressing and the bonus track ‘Kisses From You’. I had to have this album because Masterplan with Jorn Lande on vocals is a superb band and this CD is in the running for 2010 Album of the Year easily. Saved $0 (I actually spent a little extra!).

Avantasia – The Wicked Symphony & Angel Of Babylon box set (2010) – $23: The last installment of CD Scavenger Hunt was the “Buyer Be Aware” edition and I recalled a couple of quick purchases that I didn’t properly think through. I bought THE WICKED SYMPHONY but didn’t want to wait for ANGEL OF BABYLON so I returned it when i saw this limited edition box set for a $20 BUY IT NOW. The seller basically bought it, uploaded it to iTunes and put it on Ebay. This was a steal for me because I have seen this box set going for $50+ at online shops…..you get the limited edition slipcase and booklet, both album in digipak and codes for downloadable content. This was basically a used copy and when I got it in the mail, the packaging was shoddy so the slipcase got bent. The CDs and booklet are mint so I can live with a couple creases to the slipcase…..even though my OCD kicks in everytime I see it! Saved $30 compared with online retailers and free shipping.

Iced Earth – Box Of the Wicked (2010) – $28: I have been a big Iced Earth fan since THE DARK SAGA (1996) and I try to collect all the singles and albums to keep the collection up to date. I didn’t really get into the post-Matt Barlow era starting with FRAMING ARMAGEDDON (2007) and I neglected buying a couple of the singles. When I saw this box announced, I wanted it! It includes both FRAMING ARMAGEDDON and THE CRUCIBLE OF MAN (2008), the OVERTURE OF THE WICKED single (4 songs) and the I WALK AMONG YOU single (3 songs). The bonus CD has 4 tracks with Matt Barlow on vocals, 3 live and a re-recorded version of ‘A Charge To Keep’. So I knock out both singles, replace the promo copy of CRUCIBLE and get a bonus CD. I’m sure there are more bonuses inside but I haven’t opened it yet, I think there’s a poster or something. Regular price was $40 so I saved $12 on sale.

Extreme – Take Us Alive: Boston 2009 (2010) – $14 CD and $15 DVD: Extreme has always been one of my bands and always a local favorite here in rhode Island. I was trying to attend this show last summer but some things came up and I couldn’t make it. Now I get to find out what I missed! I bought both the CD and the DVD so I had the full documentation. They are identical performances but the DVD has four extra videoclips. Compared to online stores, the sale prices at Newbury Comics were really good. Regular price for the CD was $18 and the DVD was $20 so I saved a total of $9 for both.

Triumph – Greatest Hits Remixed (CD/DVD set) (2010) – $12: Can’t beat a 14 song greatest hits CD with a 14 video DVD that includes the Canadian Music Hall Of Fame induction. That’s a lot of music for $12! I don’t have much Triumph in my collection, something I need to fix quickly, so this greatest hits compilation is a good starting point. The other thing is that the guys in Triumph are always up to date on current technology and Gil Moore and Mike Levine own their own studio so you know the quality here is top of the line! Regular price was $16, saved $4.

Exodus – Exhibit B: The Human Condition (2010) – $10: I love old Exodus but I haven’t really kept up with the band since Rob Dukes took over the vocals in 2005. I always mean to pick up a few of those albums but I just never seem to get around it but I saw the sale price on the new album and I figured it was about time I gave Exodus another shot. The extra good news is that I can pick up the albums I’m missing used for around $7-$8 each. Regular price was $16, saved $6. 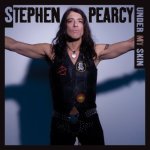 Stephen Pearcy – Under My Skin (2008) – $7 used: I’m a big Ratt fan but I haven’t really gone out of my way to pick up all of Stephen Pearcy’s solo work. I have all the Ratt and Arcade albums, I have Vertex and Vicious Delite but I have neglected the actual solo albums…..another problem I need to fix in the collection! UNDER MY SKIN was Pearcy’s last solo record before the Ratt reunion and it was a cheap $7 for a used copy so this was a no-brainer, I saved at least $8 compared to a regular priced CD. 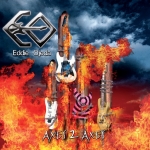 Eddie Ojeda – Axes 2 Axes (2006) – $4: I love a great bargain and that’s exactly what I got with this Eddie Ojeda solo record. Ojeda released this album hot on the heels of Twisted Sister’s success with A TWISTED CHRISTMAS (2006) but I never bothered to grab it because the reviews I read were all bad. There has been a sealed copy of this album at the record store for months at the $16 regular price, somehow this used copy landed right in front of it last week. Saved $12.

Tempest – Hard Night (1996) – $15: I did an Ebay Madness post that featured this CD way back in mid-October 2007. Back almost three years ago, this CD went for $185.50 on Ebay and it was one of the highest priced indies that I had never even heard about. Who was Tempest? What year was the album recorded? Where are they from? What is the music like? At the beginning of the year, Alan Hicks (Tempest guitarist) got in touch with me about the post and we got to talking about the band and CD. Alan was nice enough to offer me an extra sealed copy of this album for what the band used to charge at shows…..$15. Compared to the $185, Alan saved me $170! I just want to take the time here to thank Alan for the CD and point out his current band Alice Sweet Alice, who have an album that can be downloaded at their website. Thanks again Alan! 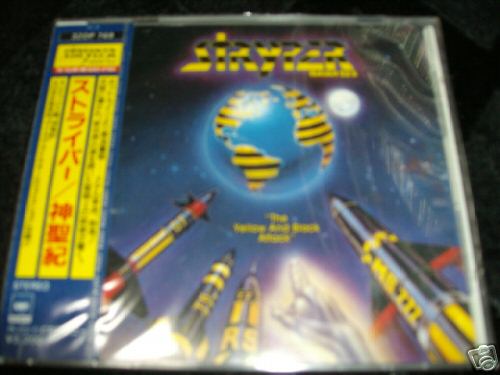 I understand the need to have this CD for the diehard Stryper fan and for the serious collector: First, this is the original artwork. Second, the tracklisting is different. $899 is very steep and I hope the lone bidder enjoys the CD.

The sealed longbox CD craze is in high gear and people are paying very expensive prices. I understand the need to have this classic album in your collection but why sealed in a longbox? Aren’t you going to listen to it? If you have one already, do you need one sealed in a longbox for safekeeping? This nonsense makes me want to go out and look for these types of discs and start putting them to auction. Almost $300 for a CD that’s going for $10 used at the local record shop! 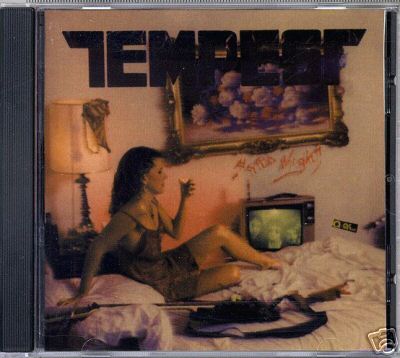 I know nothing about Tempest and I didn’t find much online. I can vouch for the seller though, a major player in the collector’s circuit. I’d be interested in hearing this one, I like the cover art, and I would like to know what year this was released.

I have this! I paid a lot less but I have it! The seller is one that is also reputable and I have dealt with him in the past, always a good selection and good shipping to the U.S. There were 17 bids on this one, it’s a hard CD to find.

This is a joke right? $150 for a CD I can buy at any retailer? $150 for an album that is a used bin classic? Notice the seller on this one is new (Rating = 0) and the buyer had a negative rating (-1). Sounds fishy to me! Still, why would anyone list this CD for $150 and who would even bid on it at that price?